Who To Invite To Your Bridal Shower? Here Are Some Tips

It can be challenging to decide who to invite to your bridal shower, but it doesn’t have to be. Check out this article for tips and tricks on who to invite.

When planning a wedding, there are plenty of pre-wedding celebrations that take place. One common tradition is the bridal shower. But, deciding who to invite to your bridal shower can be quite tricky. If your wish is to enjoy your bridal shower but avoid a social faux pas, keep reading we’ve got some great tips for you. 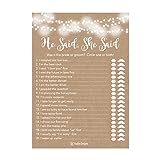 Bridal showers are an opportunity to “shower” a soon-to-be-bride with gifts that will prove useful in her upcoming married life. Traditionally, this event is small, featuring the brides closest friends and female family members.

Following this logic, the bride’s attendants and mother should most definitely be there. You should also invite other close female friends, cousins, or aunts of the bride-to-be.

As a final note, it is customary to invite the groom’s mother to the bridal shower if she is going to have a hand in planning it. And if the groom’s mother is on the guest list, you should also consider inviting any of the groom’s aunts, sisters, or female cousins who feel particularly bonded with the groom.

It is not uncommon for brides to wonder if having more than one bridal shower is appropriate. In some cases, female co-workers of the bride in question will feel motivated to adorn her with gifts and celebrations before her wedding day. In other cases, the bride may feel more comfortable having a friends-only shower followed by a family-only shower at a later date.

Brides often run into situations in which multiple groups of people want to throw her a bridal shower. It is entirely appropriate to have more than one bridal shower, but a few essential niceties must stand. Follow these critical rules of etiquette when juggling more than one event:

Who To Invite To Your Bridal Shower? What About the Grooms Friends?

Many brides wonder if they should invite their soon-to-be-husband’s female friends to the bridal shower.

In general, it’s okay to ask the groom’s female friends to come so long as the bride feels comfortable with the idea.

However, if the bride has never met this friend or they just don’t get along well, it is not rude to leave her off the guest list.

Close Relatives of the Groom?

This one is really up to the bride and groom in question. If it is vital to the groom that his favorite female cousin be invited to join in the merriment of the bridal shower, you should consider sending an invitation. However, if the bride is seeking a more close-knit party with just a few friends, maybe skip it.

Also, keep in mind that it is appropriate to have more than one bridal shower. There’s no rule saying that the bride can’t have her close-knit shower with her besties and also a second shower with extended friends and family.

Who To Invite To Your Bridal Shower? Non-traditional “Couple’s” Showers

In the modern world, we live in today; it’s no surprise that the rules of etiquette surrounding weddings are changing almost as quickly as the software on our smartphones. While bridal showers are traditionally a girls-only celebration of the bride in question, today more and more couples are choosing to host non-traditional couple’s showers.

The question of who to invite to your bridal shower can become even more complicated when you're planning around the whims of two people. In general, the same rules of etiquette stay in place while preparing a couple’s shower.

In the case of the couple’s shower, the event will undoubtedly be a little larger than if it had been for the bride alone. However, this event is a unique way for both bride and groom to reconnect with friends and family who are excited about their upcoming nuptials.

When considering the guest list for a couple’s wedding shower, be considerate of who may not want bean invite. Some people are sticklers for tradition and may be offended by the idea of including the groom in this traditionally female-centric event.

What About Male Friends of the Bride?

While many women are happy to have an all girls soiree for their bridal showers, there are also a large number of women who have male best friends. Traditionally speaking, men don't go to the bridal shower. However, as mentioned above the etiquette surrounding marriage and all of its celebratory events are continually shifting to keep up with modern times.

If you have very close friends that also happen to be men, feel free to invite them to your bridal shower. They may feel odd about the invitation at first, but it’s quite likely that they want to celebrate this key milestone in your life along with you and your other close friends.

If inviting male friends to your bridal shower seems to spark a bit of drama between you and the people involved in your wedding, you have two choices. You can cater to those who hold tradition with high esteem, or you can invite your friend anyways and deal with the fall out as it comes.

Whatever you decide when it comes to inviting friends of the opposite sex to your event, make sure that you're genuine with yourself. Giving up friendships to cater to traditionalist family members may seem like the more comfortable choice, but it might mean damaging a bond that you hold close to your heart.

Also, keep in mind that coed showers celebrating both the bride and the groom are becoming increasingly common. Perhaps hosting an event side-by-side with your soon-to-be husband is the perfect solution to keeping all of your friends close at hand.

While inviting male family members to your bridal shower doesn’t come with the same stigma that asking a male friend does, keep in mind that it may still come off as odd. As mentioned above, bridal showers are traditionally a women’s only event.

However, if you feel extra close to one of your male cousins or inspired to invite your dad or uncles to your bridal shower, go for it! There is no reason to exclude male family members from your shower.

Who Not to Invite to Your Shower

In essence, your bridal shower is a celebration dedicated to you, and you should feel comfortable inviting just about anyone. However, that is not always the case. Having covered the bases of who to invite to your bridal shower, let’s talk about who you should not be getting an invite.

We’ve touched on this a bit earlier in the article, but it is generally a good idea to only invite the friends and family you feel closest with to your bridal shower. It can be tempting to ask every single woman who will be in attendance on your big day, but this is just not necessary.

People who do not know you that well will not have hurt feelings about your decision not to include them in your shower. In fact, some may even feel relieved. Because showers are usually intimate events, it is better not to put someone on the spot if you don’t feel close to them. 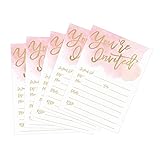 Sending an invitation to your favorite cousin that lives halfway across the globe may seem like a good idea, but etiquette dictates otherwise. Distant travel can impose an undue burden on guests who live very far from you, so think about your decision to send an invitation carefully.

What may seem like a nice gesture to you may make others feel obligated to make difficult travel arrangements. However, if you know for sure that a close friend or relative will be offended if they don’t receive an invite to your party, go ahead and send one.

Hopefully, this goes without saying, but it is not a good idea to invite ex-boyfriends or ex-girlfriends to your bridal shower. Doing so is likely to spread rumors among your family and cause more headache than it is worth.

Even if you maintain a healthy friendship with one of your exes, your bridal shower is most definitely not the time or place to be catching up with him or her. Be respectful of your husband-to-be’s feelings and avoid any unnecessary drama.

Conclusion: Who To Invite To Your Bridal Shower?

It may seem difficult to decide who to invite to your bridal shower, but it doesn’t have to be. Just follow the rules outlined above, and do your best to keep from stepping on any toes. As a final note, keep in mind that it is never okay to ask someone to your bridal shower if they aren't allowed at your wedding.

Click here to view our glossary of gemstone, metals, and general jewelry terminology

Sign up and receive a 10% discount on your purchase as well as regular updates and deals!